Thank you for visiting my Amateur Radio page, my name is Mervyn Foster.

My QTH is 10 miles West of the City of Cambridge in a village called Fenstanton (along the A1307 towards Huntingdon).

I am the Treasurer of the Huntingdonshire Amateur Radio Society (HARS)

I am the RSGB District Representative for Cambridgeshire (Region 121) 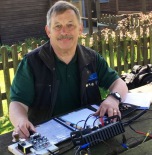 I started my communications trained back in 1963 (aged 15) as a Radio Officer for the Merchant Navy at the "North Easter School of Wireless Telegraphy", Bridlington, and then finished off at "Plymouth Polytechnic" (Plymouth University), I gained my Post Masters General Cert in 1965 to go to sea (with 25wpm CW), instead, I joined the British Army and served with the Royal Corps of Signals, Queens Gurkha Signals, & Special Forces for over 24 years.

My Amateur Radio journey started when I was stationed in Gibraltar in 1967/69. I had the privilege of operating the Royal Air Force Amateur Radio Club Station, as there were no operators or interested RAF staff in the station who wanted to use the station, so I was given special permission (by Gibraltar Post Office) to operate the Club Call Sign (ZB2A) to keep it active.

Gaining my own UK Amateur FULL Licence and Call Sign G4KLE back in 1979, I worked from my first QTH in Portchester, Hampshire. Moved to Hong Kong (1982-85) and operated as VS6KL, following that to Germany (1985-87) as DA2MS. On returning to the UK my QTH was Herefordshire (1987-89). On leaving the Armed Forces in 1989, I joined Cambridgeshire Police (for 11 years) and set up at my present QTH in the village of Nr St Ives, Cambridgeshire.

I work mainly CW (95%), A Straight Key Operator using a Junker Straight key mainly but have been known to use my special Paddle key (K8RA P4 (#46)).

Now semi-retired (aged 75), I am still very much a Portable/QRP operator and can be heard on most bands either from the back of my car or having travelled by Bicycle to local QTH (POTA). With KX3 and/or FT891 on 5 - 8 Watts, using Ex Military Fiberglass 10m mast Vertical with Homebrew G5RV or SOTABeam BandHopper 4. More Antennas are being constructed and experimented with for working Portable/QRP.

I am a member of the Huntingdonshire Amateur Radio Society, a Volunteer at the RSGB National Radio Centre at Bletchley Park (Home of the Code Breakers) and RSGB Regional Rep 121 for Cambridgeshire.

I look forward to working with some of you on CW or SSB .....

I am also a Nordic Walking Instructor and take people of all ages and abilities out walking to keep them fit and healthy, my other activities are that I am a Shiatsu Practitioner & Quantum Touch Healer and practice in the Cambridgeshire Area, also a Black Belt Instructor in Akido and Iaido - My hobbies are Walking, Keeping Fit, Amature Radio plus Business Mentoring and Public Speaking.

My Club is the Huntingdonshire Amateur Radio Society.

Some of My Keys 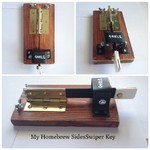 Some of my Ex-Military Radio Sets that I own, the MK123 is still in working order and I have Crystal(s) for 40M. The PRC316 still has its working parts, but was presented as a Leaving momento. 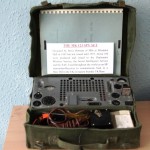 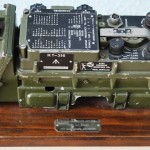 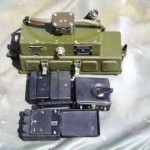 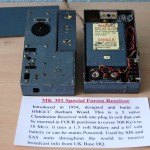 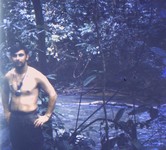 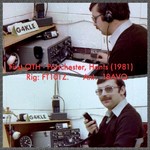 These certificates were presented to my Uncle Mr L A J (Shorty) Hill in 1938 when he operated with the Call Sign G3CN, He served in the REME and I remember visiting him in 1964 when he lived in Gainsborough, Linconshire and watching him operate his 19 SET Amature Radio station in his attic.